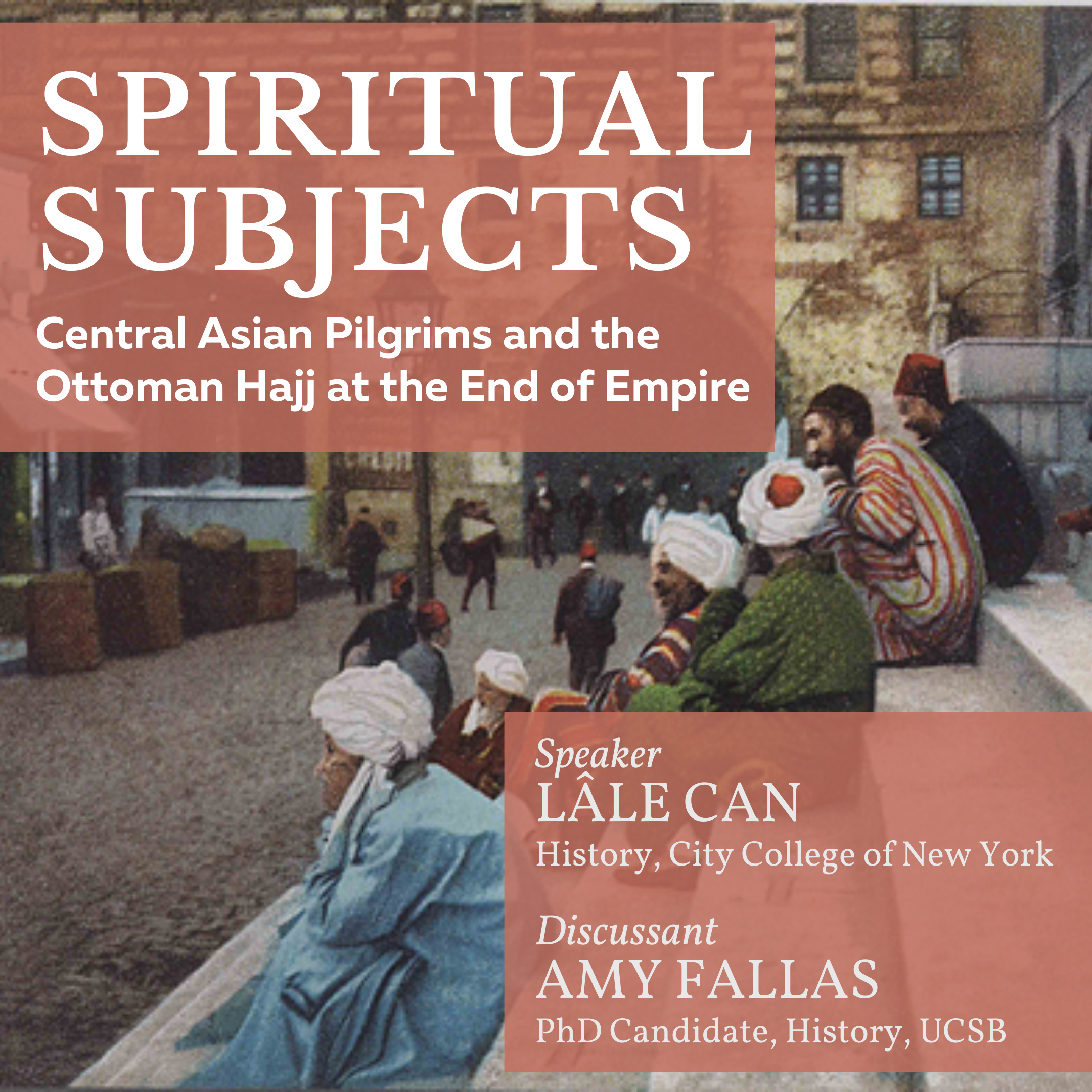 Spiritual Subjects: Central Asian Pilgrims and the Ottoman Hajj at the End of Empire

At the turn of the twentieth century, thousands of Central Asians made the annual pilgrimage to Mecca. Traveling long distances, many lived for extended periods in Ottoman cities dotting the routes, effectively blurring the lines between pilgrims and migrants, and the legal boundary between Ottomans and foreigners. As the Ottoman Empire sought to promote a universal Islamic caliphate, while also more narrowly defining subjecthood and limiting extraterritorial rights among foreigners, Central Asian pilgrims tested each of these projects and became the sultan’s spiritual subjects.

Lâle Can’s Spiritual Subjects examines the paradoxes of nationality reform and pan-Islamic politics in Ottoman history. By tracing the journeys of ordinary people and their encounters with Ottoman state and society, Dr. Can unravels how imperial belonging was shaped through Islamic networks and legal practices. At the crossroads of hajj and the changing international legal order, a complex system emerged in which it was possible by law for Muslims to be both foreigners and subjects of the sultan-caliph. This panoramic story informs broader global developments during the steamship era, and has important implications for how we understand subjecthood in the last Muslim empire as well as the legacy of religion in the Turkish Republic.

SPEAKER: Lâle Can is an associate professor of history at The City College of New York and CUNY Graduate Center. She specializes in late Ottoman history, focusing on migration and questions of imperial belonging. She is the author of Spiritual Subjects: Central Asian Pilgrims and the Ottoman Hajj at the End of Empire (Stanford University Press, 2020) and a co-editor of The Subjects of Ottoman International Law (Indiana University Press, 2020). She is currently working on a history of exile in the Ottoman Empire, and has held fellowships from the Koç Center for Anatolian Civilizations, NEH, SSRC, and NYU Remarque Institute.

DISCUSSANT: Amy Fallas is a PhD Student in History at UC Santa Barbara. Her research focuses on modern Egypt, religious minorities in the Middle East, missions and global Christianity, and history of charity. She holds an MA in History from Yale and served as an editor of the Yale Journal for International Affairs. She currently serves as an assistant editor at the Arab Studies Journal. She tweets at @amy_fallas.